M
eadow Walker, 16, the daughter of the late Paul Walker, has filed a lawsuit against Porsche, claiming that the vehicle manufacturer is to blame for the fatal crash over two years ago which cost Walker his life.

Walker died in a high-speed car crash in November 2013 which occurred at a charity event for his foundation, Reach Out Worldwide. He was forty years of age. At the time of the crash, Walker was riding as a passenger of a Porsche Carrera GT driven by his friend, Roger Rodas. Both men lost their lives in the crash.

According to the Los Angeles County Sheriff’s Department, the car was travelling at 80 and 93mph when it collided with a power pole and several trees.

The Associated Press states that the lawsuit claims that the car, which was marked as a street-legal racing car, lacked the proper stability control system and safeguards in place to protect the driver and passengers as well as prevent it from catching fire in the event of a collision. According to Meadow and her lawyers, the lack of these safety features contributed to the death of Walker, saying that if they were in place, the crash could have been prevented or at the very least, Walker could have survived.

The lawsuit was first reported by TMZ, which quotes it as saying that Paul Walker survived the impact of the crash which took his life, however he suffered horrifically as he was burned alive. The suit also states that when the Porsche crashed, Walker’s seatbelt snapped his torso back with thousands of pounds worth of force, causing fractures to his pelvis and ribs and thereby effectively trapping him in the passenger seat. The wrongful death lawsuit does not put a figure on damages sought.

In September, Meadow announced the creation of The Paul Walker Foundation on her Instagram account. The organisation will provide grants and scholarships to students and researchers who are pursuing marine science education.

In response to the lawsuit, Porsche state that they have not yet seen it, and therefore are unable to comment on the specifics. Porsche spokesperson Calvin Kim told Deadline that the company is saddened if anyone is hurt or killed in a Porsche vehicle, however they believe that the reports carried out by authorities in this case clearly establish that this tragic collision was the direct result of reckless driving and excessive speed.

Questions of Genetics and Race Raised by Wrongful Birth Case

J
ennifer Cramblett from Ohio was recently on the losing side of a wrongful birth case. She claimed that she was inseminated by sperm produced by the incorrect donor. As a result, she gave birth to a biracial baby, not wanted by her. This is why she took legal action.

This case has become more controversial because she wanted a child of a particular race. This is something that has happened in the past which allowed science to decide the race of a child.

Also known as Scientific Racism, it argues that some people have more talents than others if they grow up in the right surroundings. However, there is a belief in some areas of American society that your talents are derived from your race.

Certain research also goes on to state that conflicts in the past were caused by genetic differences between those fighting each other. This focus on the human gene as a cause of conflict, dismissed other factors which may be the cause.

Various scientific experts got together to discuss race and the way people from certain races act. The way many

people view race and people’s abilities has been questioned. The media in particular seem to suggest that certain athletes from certain races with specific genes perform better than athletes from other races. Studies went on to discover that over half the newspapers they researched in English speaking areas attributed sporting achievements to the athlete’s race, even though this has proven to be false.

The Olympics of 2012 is a good example of this. A large number of newspapers and media outlets suggested that sprinters from the West Indies and African American athletes ran faster because of the conditions their ancestors had to endure. However, this was once again dismissed.


How This Affects Politics

This issue has serious consequences in politics. Various white supremacists use gene research to argue that many problems are caused by certain races because of their genes. This has happened in the past too, with certain groups believing that certain races were only suitable to do certain jobs. It went even further in some countries where sterilisation was used to prevent certain races or minorities from reproducing.

Studies found that white individuals believed genes played a bigger role in black people’s personalities and
behaviour. Many also felt that inequality between races was often down to problems with the individual. Many of those white people who had both of these beliefs were more likely to agree with political policies that addressed the financial gap between races.

Many misunderstandings still occur. Some believe that genes limit certain races. Certain beliefs are not a true reflection on the differences between one race and another. However, others believe that these limitations were placed on many races because of their colonial past and that popular beliefs are not true.

How to Get a Quick Divorce in USA?

Like marriage, divorce in the United States is regulated by state governments, not the federal government. Divorce laws vary from state to state. Although all states allow “no fault” divorce proceedings, in many states a court may still take into account the behavior of the parties when dividing property, debts, evaluating custody, and support.

Preparing for Your Divorce

Getting a divorce is not a complicated process. There are certain requirements you must meet based on yourstate’s divorce laws before you file for divorce. Once you have filed for divorce other factors such as child support, spousal support and division of marital property come into play.

How Much Will My Divorce Cost?

The cost of a divorce is determined by how complex the case is and whether or not the issues in the cases are contested. Anuncontested divorce is naturally going to cost less than a contested divorce. In other words, the more adversarial the divorce the more expensive the divorce will be in the long run. In addition to attorney fees, you will also have the expense of court filing fees and other expenses incurred during the divorce.

What do I have to do to get the Divorce Process Started?

Once a petition has been filed, the court clerk will stamp it and give it a case number. Once it is given a case number and your spouse responds the court will set a date for either a hearing for temporary court orders or mediation.

Review the requirements of the Uncontested Divorce Program

If there are no children under the age of 21 born or adopted into the marriage and all property and debt division are unanimously agreed to, you can qualify for the expedited Uncontested Divorce Program.

Only no-fault divorces, meaning the problems in the relationship have been ongoing for at least six months and cannot be reconciled, are eligible for this program. There can be no allegations of fault. At least one party must be willing to swear under oath to this breakdown of the marriage. One of the spouses must make a decision and be whistleblower, and  terminate their marriage.

Legal procedures when children are involved are quite complex. It is best for you and your spouse to agree on issues of property, custody, and visitation before you begin to prepare the mountain of forms.

Consider summarizing your agreement in a memo that you and your spouse both sign and date. It may prevent arguments further into the procedure. 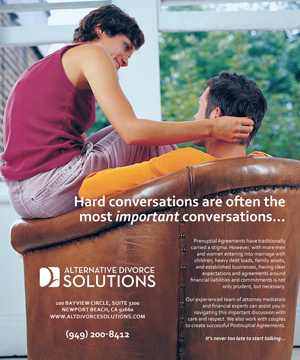